The Rev. Pat Robertson has issued another apocalyptic warning:  The world will end, possibly as early as Thursday.  His knowledge of Biblical prophecy tells him so. A massive meteor, bigger than Ted Cruz, Sarah Palin, Rush Limbaugh and the Great Pumpkin combined, will slam into the planet , the preacher says, wiping out everything.  That won’t give us much time to get all of the screens up, but it wouldn’t help  anyway.

It would be the worst global catastrophe in 66 million years. Experts  dubbed the last one 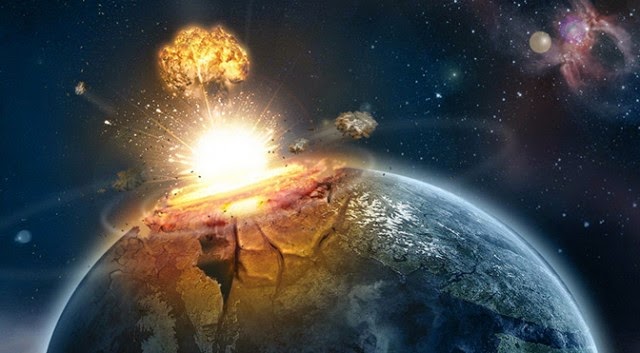 the “Cretaceous-Paleogene extinction” – a brain-twister that you don’t have to remember because of that Thursday thing.  The CPE did, however, wipe out three-fourths of planet life, including the marauding dinosaurs.  Well, not all of them, if you look around the halls of Boehner’s Congress today.

Fair warning.  I’m heading out for a double banana split, which I’ve been guilty putting off for months.  If not now, when?