Terhar and Smith: Driving education off the page

If you’re looking for troublesome  evidence of the right-wing zealots who are attempting to take control of how we educate our kids, look no farther than the Ohio Board of Education.  As the standard-setting camp for public education, it has  two Kasich appointees who wouldn’t mind casting  it  into the inglorious dark past of book burning and Red baiting. 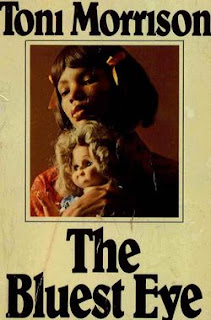 In short order,  the board’s president, Debe Terhar, called for the removal of Toni Morrison’s  The Bluest Eye, from the reading list of high school students.  She said the  Nobelist’s book contained a rape scene that she wouldn’t want her, or anybody else’s, grandchildren to read.

Earlier, Terhar, a devout Tea Party member from Cincinnati, stirred up her Facebook audience by referencing Hitler to President Obama’s support of background gun checks.    (Terhar later apologized for spewing such garbage.  But she had already made her point to her fans.)

Meantime, fellow-board member  Mark Smith, president of Ohio Christian University in Circleville, said such books are “divisive” (Its heroine is a black girl who wishes she had blue eyes in order to have a more comfortable fit in a white society.)

Smith referred to the book’s genre as having an “underlying socialist-communist agenda…that is  anti what this nation is about.”

The fear of books by politically or religiously inspired critics  has long created odorous  baggage for society, from Savonarola’s bonfires of the vanities, to Hitler’s pyres to the red scare of the 50s and 60s when J. Edgar Hoover’s FBI and Joe McCarthy’s inquisition  tried to twist the public mind into their distorted vision of a free society.  Among the prime targets was Albert Einstein’s scientific papers and pacifist letters in defense of others. Hoover passionately but cautiously wanted to deport the world famous  German Jew but worried about backlash.

(As a personal note about the witch hunts of those times:  As a college student in a philosophy class at the University of Illinois, I  and the other students were frequently reminded by the fearful prof that as we discussed the chapter on Karl Marx, we should be aware that they were  Marx ‘s ideas, not his. He didn’t offer the same disclaimers when we turned the pages to John Locke or David Hume.)

Thousands of teachers and others  lost their jobs as questionable patriots from the horrific attacks by Hoover (an obsessive  cross-dresser, and quirky on some other matters) ,  McCarthy ( a blustering  alcoholic)  and various House Un-American Activities committees throughout  the land. The Birch Society even referred to President Eisenhower as a communist sympathizer while others, including Einstein were dumped into the same crowd.   Many of the targets were Jewish immigrants who had found a way out of Hitler’s Nazi embrace. And,of course, Martin Luther King, a perfect fit for  Hoover’s racist degradation.

Why is this important now?   Well,it wasn’t that long ago that America, including the national media, was paralyzed by fear – not of the Commies but of the menace of Hoover and Co.

If Terhar and Smith want to educate high schoolers in the threat of fascists, no better place to leave grandchildren to the rest of us and begin by adding Fred Jerome’s chilling The Einstein File,  written  more than a decade ago.

I had first decided to fashion my own response to Terhar and Smith in a tongue-in-cheek way, dismantling these would-be emperors’ new clothes.  But, folks, the subject is simply too serious to make light of it.

But I do want to thank Gov. Kasich for providing me with the grist for this cautionary column.