Every Republican voted to pass a state budget that won’t add jobs, but will add to the infant mortality rate. It’s simply too Orwellian to call it a “Jobs Budget” when they’re spending a billion dollars to shut down 27,000 jobs.

Here’s a ranking of infant mortality rates (per 1000) of some specific neighborhoods compared to countries that the US has invaded:

How the GOP Budget Undermines Efforts to Reduce It

How the GOP Budget Is Worse than the Status Quo, in 3 charts

To understand Ohio’s infant mortality, you have to understand Medicaid coverage for pregnant women. The graphs below are from Hamilton County Public Health’s 2009 report.

Medicaid covers 40% of childbirths in Ohio, because it covers uninsured pregnant women up to 200% of poverty. The infant mortality rate among Medicaid-covered births is almost 2.5 times that of privately-insured births. 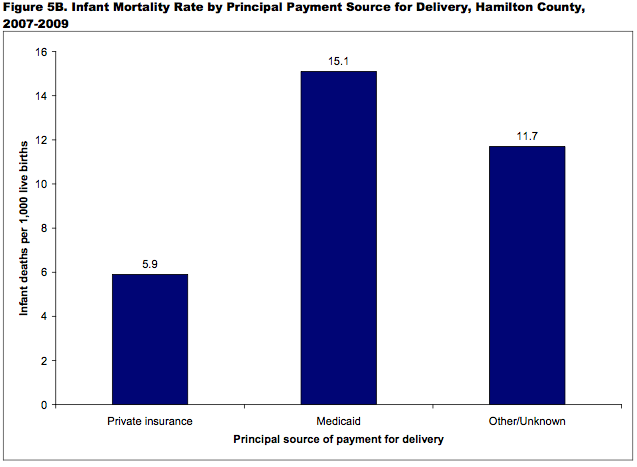 The likely reason for that infant mortality is higher in Medicaid is that privately insured women are able to access prenatal care immediately. Uninsured women 1) get pregnant, 2) realize they’re pregnant, and 3) enroll in Medicaid.  This can take up to 4 months.

In the meantime, women can pay out-of-pocket for prenatal care and seek reimbursement from Medicaid retroactively. On top of the false denials for retro coverage, women have to find a prenatal provider who takes cash and they need disposable income to pay for prenatal upfront. As a result, many women simply don’t get prenatal care prior to enrollment. 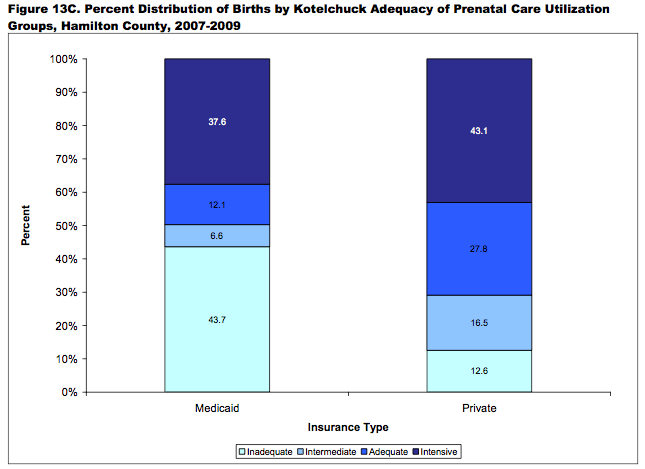 The last element is the mortality by prenatal care–and this is the real shocker. 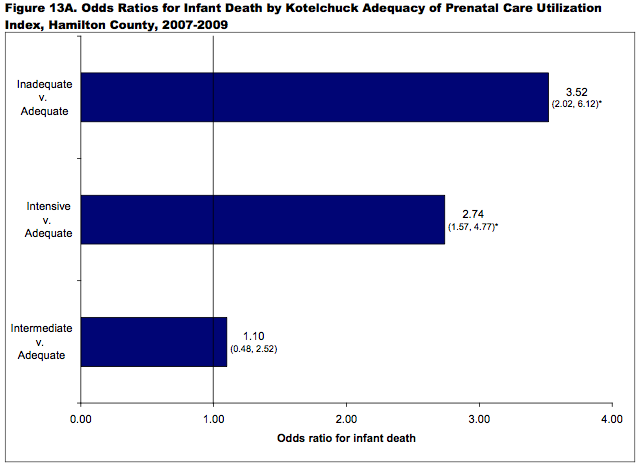 Even though high-risk pregnancies are more likely to result in preterm birth, it’s more fatal to delay prenatal care.

And the House GOP just put on a clinic in delaying access to prenatal care.

Republicans are so obsessed with attacking Ohio’s women that they will actively and knowingly take strides to increase infant mortality in the process. The Senate needs to fix these provisions and send a sensible budget along–or else the governor needs to veto the budget.