According to the U.S. Department of Labor’s Bureau of Labor Statistics’ CES survey (a survey of employers) here’s how many jobs Ohio has created in the eleven months since Kasich took office on Jan. 10, 2011 versus the last eleven months under Strickland (Feb. 2010-Jan. 2011):

The 3k jobs lost in December sent Kasich’s job creation total under the 40k figure he had been touting since Issue 2 was defeated.  In fact, Ohio created almost as many jobs in Strickland’s final month (34,100 from December 2010-January 2011) than Ohio has since Kasich took office.

This is the same method the Kasich Administration has been tracking their “job creation” numbers all year.  Same survey, same seasonally adjusted basis, same monthly baseline (since January 2011).

“Candidate” Kasich called the economic recovery under Strickland inadequate and insufficient.  He ran on a pledge that Ohio’s recovery would be stronger with him at the helm.  He ran on the 400k jobs lost in the recession, not the unemployment rate.  By his own measure, Kasich is a failure.

But that’s not the only common measure of the economy and employment.  In fact, the U.S. Department of Labor calculates the unemployment rate using a survey of households that reports whether the working adults are part of the labor market, how many are unemployed, but looking, and how many are employed (the survey is commonly known as LAUS).  The LAUS for Ohio in the eleven months since Kasich took office and before shows a vast difference in how employers have indicated the economy is doing versus how households show:

Nope.  Strickland wins by a nose even on the unemployment rate.

Kasich does beat Strickland in the change in the number of unemployed:

So Kasich has seen a larger drop in the number of Ohioans who count themselves unemployed, but that doesn’t tell the whole story.

I’ve written a great deal about the labor market as an important consideration in evaluating changes in the unemployment rate.  So how does Kasich and Strickland measure up using the same time periods?

Both saw a shrinking labor force, but it’s shrunk over 6.8 times more under Kasich than under Strickland.

You have to look at the labor data in the totality:  82% of Ohioans who were no longer unemployed under the last 11 months under Strickland found work. 100% of the Ohioans who are no longer considered unemployed under Kasich dropped out of the labor market altogether.  So, most people under Strickland stopped being unemployed at the end of his term because they were finding work.  Virtually all since Kasich took office simply stopped looking for work.

Why is this important?  Remember how I wrote anyone who praised December’s jobs report needed to have their head examined? 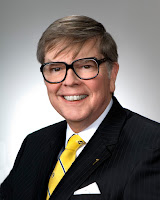 Eighteen months ago, Ohio was at a crossroads, facing over 10 percent unemployment for more than a full year, some of the highest Ohio had seen in decades. Today, it was announced that our state’s unemployment rate continued to drop and is now at 8.1 percent.

“As I have said before, House Republicans have been working every single day to ensure Ohio’s economy gets back on the right track and we are starting to show real, tangible signs of improvement. Job creation has always been our number-one priority and our work from this session is truly bearing fruit.

“Governor Kasich has shown a great willingness to think outside the box—starting with JobsOhio—and make the difficult but necessary decisions in order to ensure the long-term financial stability of our state. I applaud Governor Kasich for his leadership and for never losing sight of his vision of a new day for Ohio.”- Speaker Batchelder press release (Jan. 20, 2012)

Seriously, these people are either idiots who think their agenda is working, or they’re disingenuous, calculating politicians who want to fool the public into thinking their extreme agenda is working.  The same people who criticized the economic recovery under Strickland as inadequate are praising Kasich for an economy that is unquestionably doing worse than it was a year ago:

(Because that includes a few months where Strickland was Governor, 7% of the decrease in the # of unemployed in the past twelve months were instances where unemployed Ohioans found work instead of giving up.)

Ohio GOP Chairman Kevin DeWine (who is facing a Kasich-led coup over his chairmanship) actually wrote that Obama should follow Kasich’s lead in job creation.  The partisan hypocrisy here would be astounding if it weren’t so common and predictable.

I’ll challenge the Republican readers here to show me how this data shows Ohio is moving in the right direction better under Kasich-Batchelder in 2011 than we were under Strickland-Budish 2010.  I’ll wait.

Tell me how this chart shows Ohio is moving in the right direction?

There’s even some conservative bloggers out there who think Kasich deserves praise yet are willing to deny President Obama credit for an improving economy in Ohio (an economy that was clearly improving well before Kasich was elected).   Maybe Kasich wasn’t having a rare moment of modesty.  Maybe Kasich realizes that’s there’s nothing for John Kasich to take credit for:

The reality is that the economy would have done better in 2011 if it hadn’t been for John Boehner’s House Republicans taking the economy hostage in a pointless debt ceiling fight, too.

Our economy in Ohio was recovering faster and stronger with a Democratic Governor, a Democratic Congress, and a Democratic House of Representatives.  These are simple and undeniable facts.  You can honestly debate whether there’s a correlation between the economy and partisan control of government.  But you cannot credit Kasich for a better economy.  There are no real facts that square with that argument once you look at what Ohio was doing under Strickland just a year prior.  That is nothing more than a wishful partisan fantasy.

Ohio is not moving in the right direction.  Since Kasich took office, fewer Ohioans are employed and less jobs are being created.  The rate in which our unemployment rate was dropping has slowed.  Where the drop had been largely fueled by Ohioans finding work, now it’s entirely fueled by a shrinking workforce.  These are painful facts.  Just as Issue 2 demonstrated, Kasich is a failed leader.