Repeal and then deal: How labor broke John Kasich’s back, pt. 3

And thanks to John Kasich, the GOP is splintering before our very eyes.  Yes, I realize we saw the leader of the House and Senate stand with Kasich.  But think about this for a moment.

Let’s say you’re a Lynn Wachmann or John Adams true believer in SB 5 type.  You know, a crazy person  who cares more about the rights of fetuses than firefighters.

How do you feel about the legislative leadership publicly inviting labor to come to the table with them and negotiate a deal on SB 5?  Do you not remember how much Lynn flipped out over Kasich’s veto on the Lake Erie water bill?!?

Let say you’re from a more moderate wing of the party (or represent a swing district in Ohio) and your arm is still in the cast from all the twisting it got to get your vote.  Say, like spineless lying weasel Frank LaRose (who had three people associated with him insist that he doesn’t support SB 5… right before he voted for it.)  How do you feel after making the tough vote for this bill.  A vote that was politically difficult for you.  A vote that may cost you your political career only to see the very people who twisted your arm attempt to avoid political harm from that same vote by negotiating a last-minute compromise.

How does the Ohio GOP and Building a Better Ohio (wait, that’s redundant) raise money on Issue 2 while opening calling for a compromise?  We need SB 5… unless we can get labor to agree to a watered-down version instead.  That’s hardly a rallying message.

Go look at the front page for the We Are Ohio campaign.  It’s a fundraising solicitation.  Simple message.  The same conservatives who claim that the Democrats and labor cannot possibly win this election being a “Party of No” ironically forgot how John Boehner became Speaker.  (In fact, his biggest problem as Speaker was to get his own caucus to stop always being the Party of No.)

For a one-day p.r. stunt, John Kasich has weakened the foundation for Issue 2, created resent in his relationship with members of his own party in the legislature, and looks like a weak leader desperate to claw back a massive overreach by an ideological and naive politician.

What’s a Republican facing re-election next year going to expect the next time the Kasich Administration asks them to take a politically tough vote for them? Pinkie swear after I make this vote if the heat gets too much for you you’ll publicly admit it was avoidable?!

They can deny all they want that this has nothing to do with the fact that Issue 2 looks like it’s going to be defeated, leading to SB 5’s repeal, but nobody is buying it.  Not when the difference between the repeal side has a TWENTY-FOUR point lead.

We’ve heard all sorts of crazy rumors shaking out today.  Mostly, that Building a Better Ohio’s fundraising has been shockingly poor.  We can’t confirm because Building a Better Ohio, by legal design, has organized itself to avoid having to report as regularly and as transparently as We Are Ohio… this from the same campaign that asserts unions oppose public transparency in labor negotiations.

Even in discussing a compromise, Kasich shows how weak his own commitment to the provisions of SB 5 are. Under SB 5, such negotiations are supposed to be transparent, right?  Under SB 5, who gets the final say when labor and the management in government can’t agree on the issues?  Voters. 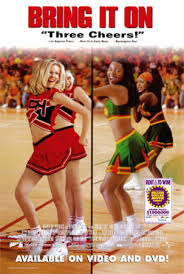 Not even SB 5 says voters only get their say so long as they side with Kasich.  What amazes me in this coverage is the traditional media who seem to want to fault labor for having this referendum vote.  It’s like they just realized in the past two weeks that there was this referendum issue, even though labor warned about this very public political fight the moment SB 5 was done.  Kasich said, “Bring It” until he realized too late that it was already brought.

Today’s event is more about Kasich’s faceplant on SB 5.  Or how his ham-fisted attempt to appear “reasonable” is really being seen as a weak, beaten shell of man.  It has impact well beyond SB 5.  Kasich spent considerable political capital on SB 5.

And for what?  The hope that a long-shot attempt to make labor look bad with a half-hearted public attempt to invite a compromise saves SB 5? That “plan,” if you call that only works if your base believes you never really meant to compromise and the moderate segment believes you did.  Was it worth it?  Kasich clearly thinks it’s not now.

But this was hardly third-dimensional chess.  We Are Ohio put Kasich right into checkmate by saying if the bill is repealed they’ll talk.  It’s hardly an unreasonable request, especially since most Ohioans want this bill repealed.  Wily E. Coyote had better designed traps than what Kasich attempted to lay in a p.r. move today.

And you can’t look at the recalls in Wisconsin and not see that Kasich sees move here.

There’s been a lot of talk about conservatives how the Wisconsin recalls were somehow a massive labor failure.  But two Republicans were recalled a year after the GOP showed massive successes in the State on essentially nothing more than voting to curtail collective bargaining rights.  The State Senate nearly flipped on nothing more than this issue.  Recalls are rarely successful, especially when it’s based on more than a person’s political vote.

Now, what the conservatives (and a lazy media) fail to acknowledge is that the Republican Party tried to do recall three Democratic State Senators in swing districts.  They targeted them for leaving the State to deny the Senate the quorum able to pass Walker’s anti-collective bargaining platform.

How’d they do?  0-3.  They weren’t even close.  The Republicans said they would make the Senators who fled the State pay, labeled them essentially traitors to the State and their constituents.  Voters yawned and overwhelmingly voted to keep them in office.  Labor didn’t spend millions in Wisconsin in a vacuum.  There was another side equally spending millions.

Let’s also keep something else in perspective.  Opposition to SB 5 is still growing according to the most recent Quinnipiac Poll.  There’s no way Kasich did this unless Building a Better Ohio saw some horrible poll numbers for them.  Maybe a focus group expressed frustration with the Republicans refusal to try to reach a bipartisan compromise or something.  You would have expected, if you were a Republican, that the temperature would have cooled off by now.  Clearly, it hasn’t.

But this is like catching a guy in your home stealing your television.  With your gun in your hand and the click of the hammer pulled back, the thief looks up at you stunned he was caught.  He then offers you $50 for the television and then acts like you’re the prick if you don’t accept his offer.

Kasich thought he could become politically more powerful if he could just burn down the house of labor.  He used all his political capital as a new Governor as kindling.  Only problem is that he burned down his own house instead.  These mistakes sometimes happen to people who have more than one home.