After spending all of last year promoting the candidacy of John Kasich, Portage County Tea Party activist Tom Zawistowski now is trying to turn the Tea Party organizations of Ohio into a major player in Ohio politics.  Today, he announced that he his organizing a Tea Party State convention in Ohio in July.  And just look at the sponsors list on the convention’s website:

Americans for Prosperity, the Heritage Foundation, and the totally non-political Buckeye Institute.

According to the Dispatch:

“The purpose of the statewide convention shall be to recruit, educate and motivate Ohio citizens at the grassroots level to perform their constitutionally defined role in the governance of their townships, municipalities, and counties, as well as in our state and nation, by providing opportunities, knowledge and training to ensure limited constitutional governance,” Tom Zawistowski, president of We the People Convention, Inc., said in a statement.

Zawistowski also announced that he’s forming a new political action committee (PAC) called Ohio Citizens PAC.  Expect this organization to be a point of entry for ton of out-of-state corporate money to oppose the referendum on SB 5.  The SB 5 proponents desperately need a “grassroots” entity to try to sell SB 5 is not fueled by corporate interests… like the Buckeye Institute and Americans for Prosperity is.

In other news, Zawistowski’s already booked his keynote speaker: 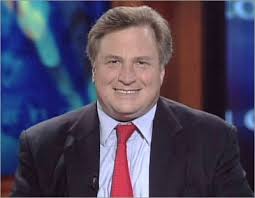 Do they not know what happens when you let Dick Morris attend a party convention?  He’s their keynote speaker for their new PAC fundraiser.  And although not a single have confirmed, Zawistowski is billing the PAC fundraising events as a chance to meeting ‘12 GOP Presidential contenders.  Their second PAC fundraising dinner is non-refundable after June 1.

Yep, for $60 you can have dinner while listening to the prostitute toe sucking Fox News political consultant who right before the 2008 elections suggested  that Obama would carry Tennessee and that Hillary couldn’t win re-election in 2006 against Jeanine Pirro… who dropped out the race after badly trailing the polls.

But just because these groups are listed as sponsors doesn’t mean they’re “behind” the convention, right Zawistowski?

From that point Zawistowski held talks with patriot leaders around the state, as well as with groups like Freedom Works, the Cato Institute, the Heritage Foundation, and Americans for Prosperity, to determine the purpose and strategic value of a convention and how it fit with goals of the TEA Party movement in Ohio and with the political calendar. Based on that input a plan was formulated, not just for the Convention, but for the next two years.

Yeah, nothing to see here, right?

Zawistowski, you might recall, was the Tea Party leader whose organization paid to bus Tea Party activists with the stated goal to “surround the Statehouse” to show support for SB 5 to counter pro-labor protests against the bill.

This is what he got for his trouble:

So, we’re talking about a guy who’s talked a bigger game than he’s been able to deliver in the past.  Remember, this was supposed to be a rally of 8,000.

He was also the Tea Party leader who then blasted the committee assignment games the Senate GOP had to engage in order to pass SB 5 out of the Senate.

As predicted, Governor Kasich turns out to be one serious SOB You call this progress? The 1st 100 days of the 129th Ohio General Assembly