Is Hagan-Foley’s bill to create the right to recall state elected officials constitutional?

The Dayton Daily News reports that Speaker Batchelder’s spokesman’s response to State Representatives Robert Hagan (D-Youngstown) and Mike Foley (D-Cleveland)’s legislative proposal to allow for the recall of the Governor and state legislators was:

Dittoe also said that Batchelder believes the proposal might be in violation of the Ohio Constitution.

In violation of the Ohio Constitution?  How?  Batchelder’s office didn’t elaborate.  I’m assuming  he might be talking about how the bill handles the succession issue (holds an election to replace the individual subject to recall) would potentially violate the rules on succession as spelled out in Art. XVII, Sec. 2.  If so, that can be rectified in drafting.

But, to the larger issue, is Batchelder suggesting that recall itself is unconstitutional?  If so, the Speaker is likely correct:

Laws shall be passed providing for the prompt removal from office, upon complaint and hearing, of all officers, including state officers, judges and members of the general assembly, for any misconduct involving moral turpitude or for other cause provided by law; and this method of removal shall be in addition to impeachment or other method of removal authorized by the constitution.—Art. II, Sec. 38, the Ohio Constitution.

The Ohio Revised Code delineates the standard for removal (R.C. 3.07) as well as the judicial process to consider removal (R.C. 3.08).  This is what presently passes as Ohio’s “recall” process, which as far as I know, has never been utilized.

But couldn’t the legislature just amend these statutes to permit a recall election process such as spelled out by Hagan-Foley instead?  Yes, the legislature could do that, but it wouldn’t be constitutional, either.

Art. II, Sec. 38 of the Constitution requires for the removal of office both a complaint and a “hearing.”  A recall election, as described by Hagan-Foley does not afford the public official to any hearing, therefore, it violates the Ohio Constitution.  While it’s true that such an elected official is given an opportunity to be “heard” during the waging of a recall campaign against them, that is not the same thing as affording the official a hearing.  The term hearing is generally understood to be something other than an election campaign.

If Ohioans are ever to have the “flexibility” to manage their state government so it is as easy to remove their Governor or state legislator as “easily” as they can a Mayor, a bad law, or, in Kasich’s worldview, a bad union teacher, then it’s going to require an amendment to the Ohio Constitution.

There can be a constitutional argument made to create the right of recall in the Ohio Constitution.  The Ohio Constitution gives voters the ability to repeal, or “recall,” bad legislation, so why doesn’t it make sense to give them the power to recall bad legislators?  Both Batchelder’s office and the Governor disingenuously scoffed at the notion saying that Ohioans can recall such officials when they’re next up for re-election.  Except, thanks to term limits, voters don’t always have that option.  Second, a “recall,” by definition is the process to end an official’s term before it expires, not when such an official decides to seek another term.

“All political power is inherent in the people. Government is instituted for their equal protection and benefit, and they have the right to alter, reform, or abolish the same, whenever they may deem it necessary…” Art. I, Sec.2.

You can look at this and say, Ohioans should have the ability to exercise this right by amending the Ohio Constitution to permit the right of removal from office via recall election.

After all, if one can remove a Mayor with a recall election without a hearing, why not a Governor?  But be careful what you ask for when considering giving people the power to recall elected officials because recall has never worked out quite how the people who support it expected.  Right, California? 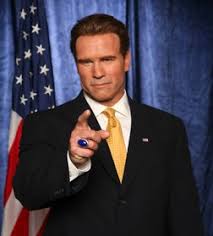