I had to stay home with a sick kid… that’s why I wasn’t there yesterday.  I wish I could have been.  I’ve always wanted to violate a fire code with firefighters and police officers.  Seriously, the crowd shots for the rally yesterday were INSANE.

The picture is what Dave Harding snapped of the “Tea Party protest.”

Let’s remember what we heard a week ago yesterday.  A week ago, Matt Mayer of the Ohio Buckeye Institute was heralding the Tea Party “movement’s” planned rally today as follows:

So, it is great to see the Tea Party movement try to mobilize to counteract the 800-1,000 union members who spent their day casting evil eyes at Senator Shannon Jones when she introduced Senate Bill 5. Here is an except for the encouraging message sent to rally the troops:

“Then we need to get our people down to the Capital for next Thursday’s hearings. We do not want to just fill the gallery, we want to surround the building. They had 800 we need 8,000! The Portage County TEA Party will be organizing buses to Columbus for our members. I encourage other leaders to do the same. This is the moment we have been waiting for when something actually changes for the better. When all the talk finally becomes action. If we do not win this fight, right here, right now, our entire agenda is doomed. We must go all in on this one.”

Go to any Tea Party or 9/12 group in Ohio’s website and you’d see an excerpt of the same e-mail.  It was sent by the head of the Portage County Tea Party, who organized buses to bring the Tea Party.

I will tell you that Tea Party organizers actually expected 900 people to join them yesterday.  It’s in writing.  The Dispatch claimed earlier that 200 showed up.  But look at that picture.   There’s, at best, 100 people.  They could fill the Statehouse gift shop.  Surround the building?  Not so much.

And just listen to the Twitter chatter yesterday.  Throughout the day, conservatives did one of two things: 1) ignore the utter lack of the Tea Party at all after hyping today as a major showdown; 2) make one ridiculous excuse after another.

What did Matt Mayer of the Buckeye Institute have to say about the Tea Party, that great counterweight of organized labor, yesterday? 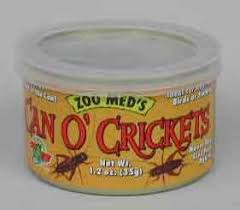 That’s what. Nothing. Not a peep.

Because really what can you say when the cavalry you promised your battered political allies in the State Senate, who are looking for some sign of political reinforcements coming, some political cover for taking the heat on SB 5, and they show up and they’re still outnumbered twenty to one?

They can’t hide behind the popularity of Governor Kasich, who was busy using his political talents to remove his Italian loafers from his mouth after being caught, on video, calling a police office an “idiot” for simply doing his job three years ago.  A Governor who has long already lost any honeymoon period and had a lousy 36% favorability rating shortly before being inaugurated (second worst in the nation for any new Governor.)  And an even worse 30% approval rating immediately after.

Although the Ohio media STILL has yet to reference this in a single story since SB 5 has been introduced, the Republicans are aware after a week of phone calls, e-mails, faxes, letters, and those crowds that glare at them at every hearing they’ve held, that SB 5 is simply not popular with Ohioans:

Seriously, I don’t know how many stories I recall that portrayed 3C as hugely unpopular, but it never polled as bad as this Quinnipiac shows what is now the policy in SB 5 is, nor did we ever see thousands of Ohioans protesting it at the Statehouse.

And the crosstabs numbers on the question show it’s pretty universal:

This idea isn’t even truly supported by a majority of Republicans.  Independents oppose it more than they support it by a seven-point margin, men and women hate it, union households are damn near revolting over it, and it’s not even a winner in Southwestern Ohio!  Outside of registered Republicans, it didn’t poll at or above 40% in any crosstabs.  I cannot recall a key policy proposal of a new Administration being this unpopular.

Today, the Tea Party’s effort to serve as an effective counterweight to organized labor FAILED.  It failed so spectacularly that they’re hoping nobody notices it.  But there were over 4,000 witnesses to the failure of the Tea Party yesterday in Columbus.  And we noticed it, too.  Conservatives across the land begged the Tea Party to back them up, and a large segment of them said no. 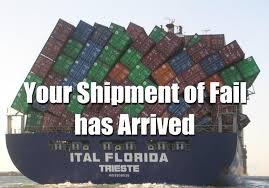