A credible source has informed us that Governor Kasich is poised to announce that former Ohio House Speaker Jo Ann Davidson will be named as the Chair of the Ohio Casino Commission imminently.

Speaker Davidson served as the first (and only) female Speaker of the Ohio House of Representatives from 1996 until 2001. This, of course, will solve all of Kasich’s problems regarding that pesky “diversity” issue, right?

During her tenure as Speaker, the House enacted a deregulation of the electricity utilities, a policy so disastrous for Ohio’s economy that Republican Speaker Jon Husted worked with Governor Ted Strickland in a bipartisan “repeal” of Davidson’s electricity deregulation bill.

Also during her tenure as Speaker, the General Assembly passed SB 2, a “truth in sentencing” sentencing reform bill in 1996, policies that Governor John Kasich and conservatives like Senator Bill Seitz (R-Cincinnati) say need to be changed because it failed to prevent in prison overcrowding and fail to prevent recidivism and protect the public.  In fact, shortly after it passed, it was largely concluded to have done nothing more than create an unfunded mandate that made Ohio’s jails and community correction systems become incredibly overcrowded.

In 2008, Jo Ann Davidson was elected as co-chairperson of the Republican National Committee and played a big role in the 2008 RNC National Convention. 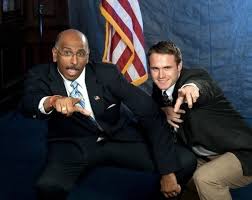 One of Davidson’s final acts at the RNC was managing the election of the next RNC Chairman.  That election, of course, resulted in the election of former Maryland Lt. Governor/’06 Maryland U.S. Senate Candidate Michael Steele. (Seriously, we miss him.)

Now at the age of 83, Speaker Davidson is set to be tapped by Governor Kasich to chair the Ohio Casino Commission which is due to make its first regulations for the multiple constitutionally protected casinos in Ohio, which are statutorily due next month.

Good luck with that, Madame Speaker!

Kasich to cut transportation funding dedicated to jobs and job training [Exclusive, Pt. II]: Betty Montgomery to be named to Casino Commission, too; Jim Petro to be appointed Chancellor of Ohio Board of Regents