[Exclusive:] Jon Keeling was paid $11,000 in campaign consultant fees by the Ohio Republican Party while claiming to be nothing more than a political blogger

One of the resumes we were interested in seeing with the Kasich’s Administration would be Third Base Politics’ Jon Keeling—the one-man blogging machine for the Kasich campaign and select Republican candidates.  But first, let’s do a little flashback to remind people just how pathetic Jon Keeling’s willingness to whore out his reputation to help the Ohio Republican Party really is.

Back in July 2009, Eric and the rest of us noticed a new player on the conservative blogsphere calling himself “DJ Tablesauce.”  Eric noticed that the guy seemed to be particularly interested in the potential gubernatorial campaign of John Kasich.  After a little digging, Eric found out that the Twitter account for Third Base Politics was registered to… Jon Keeling under both his real and pseudonym.

I wrote at BSB that Keeling was linked to Kasich as a former employee, something Keeling never disclosed in his writings.

“I bet we’re one campaign finance report away from finding out this guy is a paid consultant by the Kasich campaign.  It’s only a matter of time.”—Modern Esquire in 2009.

Well, now that we’ve gotten Keeling’s resume as submitted to them through their FixOhioNow website, we have the rest of the story.

In addition to being fascinated with Kasich, Keeling took a particular interest in the Congressional campaigns of Bill Johnson and Bob Gibbs.  Suddenly, Keeling was covering those races in pretty remarkable detail for a guy living in Virginia at the time.  Every slimy attack the Republicans could present, particularly on Charlie Wilson, found its way to Jon Keeling first.

For the longest time, we suspected why, but we could never prove it.

First, here’s what Keeling says about his site, Third Base Politics:

“Working in free time as writer of a conservative blog designed to analyze and interpret both national and Ohio campaign and political developments on a daily basis.” 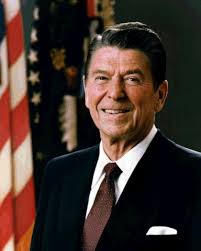 Working in free time, huh, Keeling?  Well, the only problem with that is that Keeling’s resume also discloses that in July 2010 he left his job at Interpics to begin working as a self-employed “political consultant” at RWR Strategies, LLC.  We’ve confirmed through the Virginia State Corporation Commission that Keeling filed to form the LLC in August of last year.  He is the statutory agent.  As far as we can tell, he is the only person employed by RWR Strategies, LLC.

And according to Keeling’s own resume, here’s what he claims RWR Strategies, LLC did during the 2010 campaign:

Provided strategic communications advice and consultation to several targeted congressional candidates in Ohio, including State Senator Bob Gibbs and Bill Johnson. Coordinated volunteers from the Washington DC-based Team Ohio volunteer organization to provide communications assistance throughout final months of the 2010 campaign in the form of letters to the editor, press release development, new media utilization, rapid response, and research. Assumed responsibility for content and distribution of information on the “Turnaround Ted” website and new media tools as developed by the Ohio Republican Party. (emphasis added)

In other words, astroturf for the Ohio GOP from northern Virginia and D.C. just like he did on Third Base Politics.  Tell me if you can draw a line between what he describes above and what TBP did all last year.

And here’s what Joseph found on the Secretary of State’s website:

In addition to the $3,000 from the statewide candidate state fund for “research,” Keeling’s company was also paid another $8,000 for “research” by the Ohio Republican Party’s federal account since the company was founded in August.  But is that really all Keeling got paid?  Are we to really believe that he got nothing for his travel to/from Ohio?

If you believe that the $11,000 Keeling was paid for “research” is wholly unrelated to the very activities he did on Third Base Politics he brags about in his own resume to the very Administration he astroturfed for two years to get elected, then I’ve got oceanfront property in Nevada to sell you.