Governor Kasich has made it perfectly clear that he will not raise taxes to deal with the State’s projected budget deficit created now that there is no more stimulus money to aid the States during the recession.

But yesterday in the Dispatch, Gov. Kasich made another claim:

But Kasich has said that shouldn’t mean simply slashing spending, especially for services for the state’s neediest residents. Passing a budget will entail restructuring and telling special-interest groups "no," Kasich told legislators.

Guys, there’s only one way to balance a budget with a projected $8 billion deficit without raising taxes and without slashing spending. 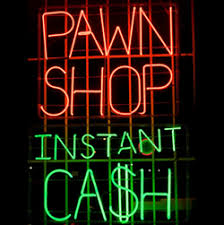 Oh, Kasich will never admit that’s what he’s doing.  He’s already calling it “restructuring.”  But look back at some of the things we’ve already heard Kasich himself or those close to the Administration discuss as proposals they’re seriously considering, and you’ll see a pattern emerging.

First, there was Kasich’s massive flip flop on privatizing the Ohio Turnpike.  During the campaign, Kasich suggested he wouldn’t do it.  Almost immediately after the election, however, Kasich changed his tune.  Kasich’s projected revenues created by privatizing the Turnpike: Approximately $ 4 billion.

Right before Christmas, the Kasich Administration indicated that it is looking “very, very closely” at the idea of selling off all the State’s buildings and leasing them back.

Arizona and California have done the same thing.  However, as we pointed out at the time, both came with criticisms that such proposals wind up costing the State more money over time than they get in one-time cash infusions.

In fact, California’s non-partisan Legislative Analyst’s office concluded that such deals are the equivalent of taking out a mortgage on the properties with an interest rate over 10%.  Both State’s sell off generated around $750 million.

Kasich appoints a former executive of the largest private, for-profit prison company in American to run the Ohio Department of Rehabilitation and Corrections and discusses how privatization could reduce prison overcrowding.  I’m sure there’s even more we don’t even know about yet.

After all, Mary Taylor has talked about, as State Auditor, privatizing the State lottery.  Apparently, the Columbus Dispatch has reason to believe it’s under consideration enough that they’ve estimated it would generate $5 billion in their budget simulator.

Each one of these things could be called, in government bureaucrat speak “restructuring.”  But apply the same practice in terms that the average Ohioans understands it as it applies to their own lives and household budgets and they’d calling it pawning.

So what we’re about to witness, perhaps, is the single biggest act of politically flip flopping since George H.W. Bush declared “read my lips: No new taxes.”

Kasich, who spent the entire campaign (actually past two years) attacking Governor Strickland as someone balanced budgets on “one-time money” and budget tricks in order to “kick the can” down the road and avoid the tougher budgetary decisions.  The guy who promised he could balance the budget, cut taxes, and now avoiding slashing spending for Ohio’s neediest, is trying to figure out the way that he can ceremoniously package what he’s prepared to do without being caught in an act of epic political hypocrisy.

Kasich, who attacked Strickland over using the federal stimulus money, even after he admitted he would have accepted it, too, is about to replace the federal stimulus money with one-time pawn money.  And you know what the most outrageous thing is?  Kasich’s pawning of Ohio will only save, not create jobs, but will have annual costs for the State that will likely exceed what 3C would have cost the State annually (after Kasich’s term since projections showed that the State would unlikely need to pay anything to fund the operations until 2017 at the earliest.)