While Clinton won Kentucky, as expected, last night, a general pattern has been coming to the forefront showing that the spine of Clinton’s support runs right down the west side of the Appalachian Mountains. DHinMI at DailyKos has produced a few charts showing the level of support on a county-by-county basis over the entire country at 50%, 60%, and 70% levels. While these don’t include Kentucky, Kentucky follows the same trend. Here is the 70% chart – it’s pretty stark. 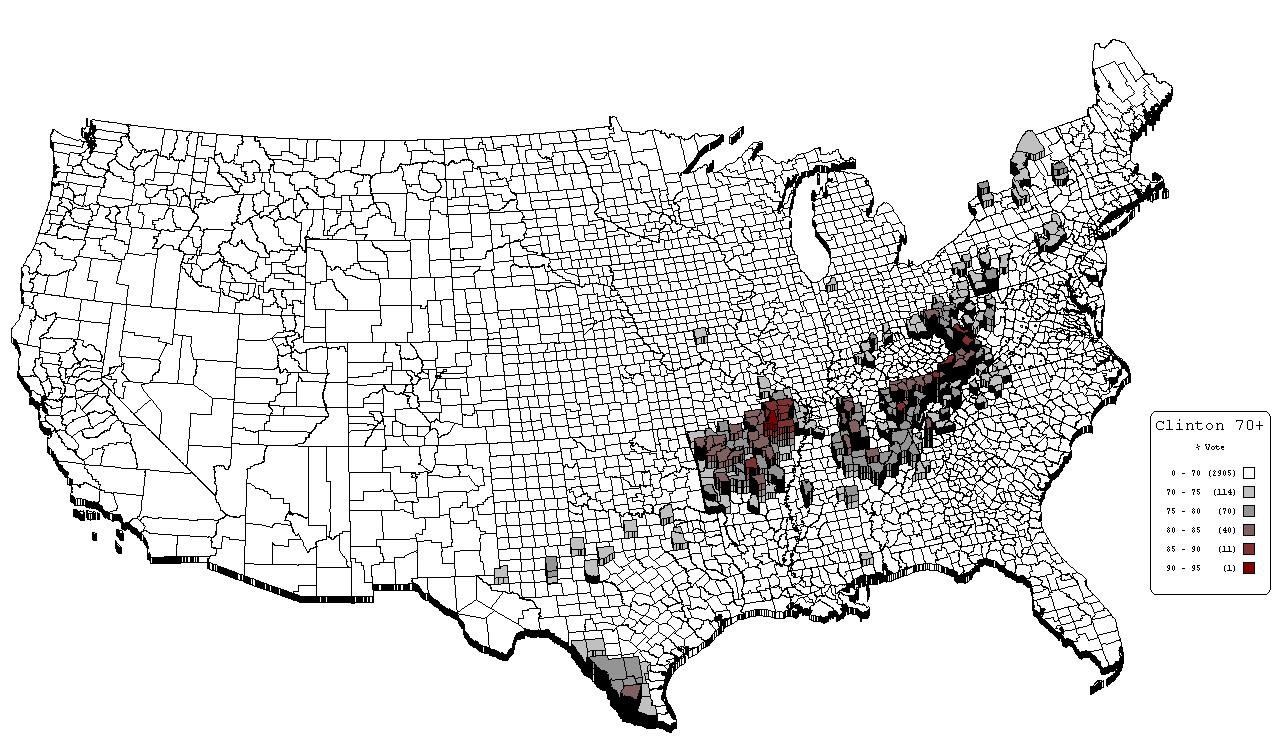 The lower thresholds still show the same major story; Clinton is strong in Appalachia, and not anywhere else. Here is an interesting image that shows the “common ancestry” by state. You’ll note that Clinton’s support largely correlates with “American”, aka “Scots-Irish”, ancestry . The kind of folks we’ve talked about before. And I think this largely undercuts Modern Esquire’s theory that Clinton’s strong showing in Southern Ohio can be attributed to Strickland’s popularity and pre-existing organization. There’s clearly more to this than just that. Maybe somebody should tell Obama’s campaign about Joe Bageant‘s book.